What’s it all about?
When I became Osho’s disciple, a sannyasin, many of my circle of friends and acquaintances were surprised. Their opinion, generally implied rather than spoken, was that I had behaved in some inexplicably foolish manner which reflected badly on them – it was embarassing, and a little disturbing. I, who had always been so subversive towards any kind of authority, had abdicated my reason to follow some guru. I must surely have been brainwashed somehow, and if it could happen to me…
Times have changed and misunderstanding has modulated, still I feel that some may appreciate a basic introduction to the world as seen by a sannyasin.
What is a guru?
Let’s deal with the labels first: avatar, buddha, god-man, master, sage, teacher, and a score of Sanskit terms. It will soon become clear why I prefer the word Master.
A master is a human being who perceives identity and reality in a qualitatively distinct way. A nematode worm has 302 neurons, while I have around 100 billion, yet the way in which we experience ourselves and the world around us is rather similar, at least from the perspective of a master.
But the worm will remain a worm, whereas I, and you also, have the potential to become enlightened. Enlightenment means the transition process through which the realization arises. Every master is (permanently) enlightened, but it seems that not every enlightened being is a master. 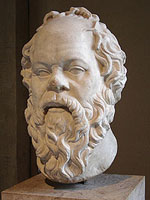 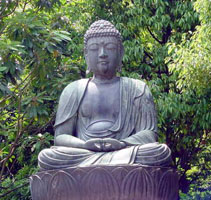 In parallel with the superficial history of the world, the kings and presidents, the wars and revolutions, there is another view of what’s happening, especially of who the most significant people are. Some historical masters are taken to be philosophers (Pythagoras, Socrates, etc.), and others are thought to be religious leaders (Gautam Buddha, Jesus Christ, etc.), but both these perspectives entirely miss the point of who such people really are.
Do masters really exist? What are they like?
Yes they do! And they are astonishingly diverse. The rest of us are domesticated by our biology and psychology, and by our societies. But a master has escaped from these limitations, he is a wild and untamed being.
A true master performs a specific function. What he says or does is incidental. What he is is primary. Everyone who finds themselves sharing a space with the master experiences an involuntary overlap with the being of the master: there’s this guy on a trampoline doing the most amazing stuff, and you’re sitting on the edge of it so you’re sure to get bounced around some - love it or hate it.
Ultimately, however, the focus is not on how remarkable the master is, but on being a disciple. I will have more to say about this, in subsequent posts.
Do I need a master?
It depends. Most people don’t. Do you need to fall in love with this or that person? With anyone? Either you do or you don’t fall in love, that’s just how it happens. If you happen to encounter a master who makes your heart sing then you won’t be asking this question anymore. If you don’t then that’s fine too.
The traditional answer is that the master finds the disciple, not the other way around, but few of us are ready to embrace the surrender that this implies.
I’ve noticed that people often come to the master when they are suffering some kind of psychological and emotional crisis, but they tend to fall away when their lives become comfortable once more. We are all damaged and insane, to some degree, but if you are really ready to turn and look within, then the presence of the master is invaluable.
Aren’t there lots of false masters?
You got that right. There’s always been an abundant supply of bogus god-men, and nowadays there are legions of guru-wannabes bombarding us with new-age twaddle.
It has always been difficult to sort the wheat from the chaff, and the internet hasn’t made it any easier. 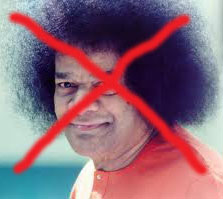 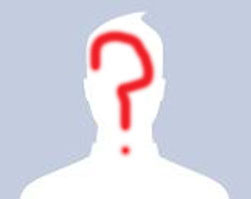 The very worst are the well-intentioned half-wise; self-deluded seekers who have prematurely ceased their seeking. If somebody seems to be, perhaps is, wiser than me, then perhaps this is a useful teacher, but a master is something else.
How do I tell the difference between the real and the false?
The short answer is that you can’t.
Well, certainly not from anything external. Perhaps you have a checklist, with lots of boxes involving money and sex – then you’ve provided the master with a simple way to throw you off the scent. Any apparent lapse into “attachment” or “impurity” will blow you away, making space for others, more discerning than you, to approach. 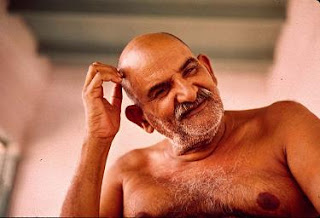 Some masters have a wicked sense of humour: Neem Karoli Baba sometimes made a great ceremony of catching a train to go to another city. Crowds of disciples would come to see him off, and hundreds would accompany him. Then at the last moment, when the train was already travelling quite fast, he would jump off and go somewhere else, leaving his disciples stranded.
Then how can anyone recognize the master?
It happens, somehow. From Osho I have heard that the master does not distinguish his point of view from yours or mine – to him we are all enlightened. To the extent that we are capable of sharing this understanding, we are also able to recognize the master within.
Are there different degrees of enlightenment?
For those of us who still imagine ourselves to be separate beings, holding on to our precious minds, there is little to be gained from such speculation.
Some say there are three levels, and that from the first level it is still possible to be reincarnated… oops! All this esoteric stuff is a potent distraction. Taste a little bit and you will go looking for more. Stay grounded in your own experience.
Are there different kinds of master?
More esoterica to get lost in. Some celebrated masters have made a big thing out of this, but mostly it’s just the disciples trying to get one-up. The only kinds I find it useful to consider are the master and the others. With the master you cannot helping loving him - his every word and gesture inspire delight. With the others you are not sure what’s what. And your other may be my master, and your master may be my other.
Any master will do. A few have a high public profile, and make an impression on the world at large, but most live quietly, ignored by all except a few disciples.
It may be that some masters, in addition working on their disciples, also play a broader role. They seem to be pioneers, discovering new realms of consciousness and opening them up for others to experience. This is all very entertaining, but again, it draws attention away from the real enquiry.
But my religion says that X / Y / Z was the only-son / true-prophet / last-messenger of god.
Like I said, not everybody is ready for a master. True seekers are a tiny minority.
What is your personal experience of masters? How do you know all this?
I am not enlightened. I spent weeks or months hanging out near Osho on a number of occasions, but many others were much closer for much longer than me. Perhaps some of them are enlightened - though a few are patently idiotic, or worse.
I speak on my own authority, from my own experience, trying to share my understanding as straightforwardly as I can. If I mention anything beyond my experience, I make that clear. Sometimes I’m obliged to use metaphorical language, but none of it is there to confuse you - authenticity is the cardinal virtue.

For those who may be looking, I can say that in the years since Osho left his body (“died”), I’ve checked out quite a few people who claim enlightenment, or allow others to claim it for them. I haven’t found any who struck me in the way that Osho did, yet it seems to me that there are real masters around.
What’s it really like to meet a master?
Like being home, at last.
Like feeling high, as high as sex or drugs have ever helped you feel.
Like meeting your best friend again, after many many years when you had somehow, strangely, forgotten all about them.
Like remembering what it was like to be you at the age of 3, or 2, or…
Like being in the right place at the right time, beyond any shadow of a doubt.
In resonance with the master, borrowing his eyes, you sense that something wonderful is possible; something fresh. The master is a sandpit for baby god to play in.