Some of my friends view the world through the lens of science, and others are inclined towards mysticism. The first group generally fails to distinguish between “religion” and mysticism, and the second habitually confuses science with pseudo-science. Frankly, I find both groups complacent.

For me, the two endeavours are of a piece: I am both a scientist and a mystic1. I therefore find myself in a kind of no-man’s-land, where some part of my vision is routinely discredited. This post is an invitation, especially for the scientists, to reconsider their smug certitude. 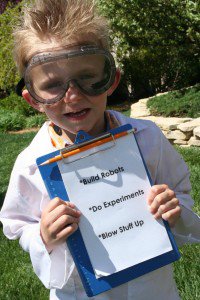 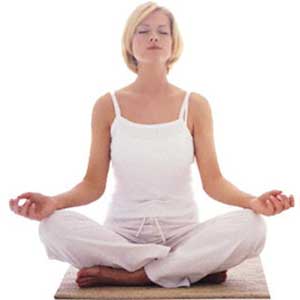 Scientists2 assume3 that an external reality exists, and that events occurring therein can be shared (at least potentially) by every human alive. As individuals, we also enjoy direct experience of an internal reality: what it is like to be me, which does not, at first glance, appear to be shareable in quite the same way. Just as scientists explore and characterize the outer world, mystics explore and characterize the inner world.

If I say that my experiments have shown water to be H2O, you can check the truth of my claim by doing your own experiments: the shareability of the external realm allows reproducibility, one of the pillars of the scientific method. Claims about the external world can therefore be accepted as provisionally true, and used as elements in the construction of further such claims, unless and until they are shown, by evidence, to be false.

Whenever I say something about the internal world, however, there is a difficulty to be overcome. We have to consider the possibility that I’ve been misled by some unacknowledged bias or other misinterpretation. If you have no access to check the truth of my claim, then how do we know that I’m not deluded? Nobody bothers to ask this question when I say, “I have a headache”, but we must ask it if someone makes a claim like, “Love is the ground of all being”. So the problem only arises when I make a claim, based on the observation of my own internal realm, which impinges upon the external realm that we all share.

How Do We Know What Is? (Epistemology)

In the modern world, the scientific method is acknowledged as the tool of choice for investigating the outer realm: the best method of reliably establishing true facts. Even those who are reluctant to admit such facts, preferring the authority of “scripture”, are careful to apply their ignorance selectively: to the age of the Earth, for example, yet not to the principles of aircraft design.

But what about the inner realm? Remarkably, almost everybody depends upon received authority to establish true facts about their own inner world. How bizarre! Why rely upon “holy” books, “religious” leaders, media pundits, or even your friends and family, to decide what’s happening inside your own head? Why not just look for yourself?

In the same way that it takes many years to acquire a useful scientific education, conducting a comprehensive enquiry into the nature of one’s own psychology simply requires more commitment than most people are prepared to invest. Having explored both realms, I am trying to describe the process of investigating the inner world, and to talk about some of my findings, in a way which is digestible to scientists and others of a rational inclination.

There is an approach through which the inner world can be systematically investigated. Meditation4 is the discipline of persistently paying meticulous attention to any and every experience encountered. Or you can call it subjective science. Dedicated practice generates empirical observations5 capable of being communicated to (at least in outline), and verified by, anyone who takes the trouble to investigate for themselves. And there’s the rub. The discoveries of objective science only need to be made once, for everyone to share the benefits, but it doesn't work that way for subjective science – if you want the benefit, you have to do all the work yourself.

Pretending to Know What Is (Theology and Other Fantasies)

Nowadays “religious” people like to pronounce that their delusions are scientific; but they have always sought to claim ownership of mysticism, so much so that mysticism is routinely (and ignorantly) conflated with “religion”. Why do they play these games? Because science succeeds. Because mysticism works. They are simply trying to boost their power and prestige by associating their absurd delusions with truly effective practices. “Religion” gets in the way of science, and it gets in the way of mysticism.

Most people waste their lives being “religious” in ways which are easy to ridicule, and they surely deserve our scorn, as well as our pity. A very few people, however, far less than 1%, are trying to do something entirely different. We are engaged in an empirical enquiry into the nature of our own psychology. You have probably met many who claim as much, but most of these will be peddling some kind of new-age woo, and such people are simply another distraction, no more deserving of our attention than the traditional god-botherers.

A few lucky people manage to escape from “religion”, but all too often they become trapped by channelling, or chakra-balancing, or some other nonsense6. Until you can see through both kinds of delusion you can’t begin your own authentic enquiry. Genuine mystics really exist, and you will be fortunate indeed when you realise this. 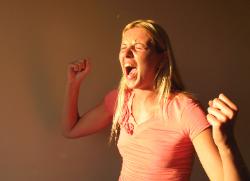 Discovering What Is (Meditation)

Until you know who you are you can’t rely on anything else. To answer the question What is? you need first to ask Who am I? And the tool you need for this enquiry, the disciplined approach to subjective science, is meditation.

The search is arduous, and often dispiriting. Many who lack the necessary courage or perseverance disdainfully misrepresent the insights accruing from meditation as “revelation”. But in fact, such people are no more credible that those who deny the reality of climate-change, or the efficacy of vaccinations. If you don’t have a scientific education, it is foolish to express anti-scientific views on these matters. In just the same way, if you haven’t established a meditative practice, it is unwise to try to undermine those who have.

My enquiry is sustained, deliberate, incisive and coherent. I subscribe to no “holy” texts, I revere no “religious” leaders, I rest upon no authority but my own. Such beliefs and opinions as I hold are labile – readily replaceable by any better ideas which arise. All knowledge is tentative: knowledge of the outer world is falsifiable, but knowledge of the inner world is fugitive, and I pretend to none. In this moment something is self-evident, more I cannot say.

Nonetheless, it is my direct experience that meditation gradually disabuses me of the many false notions which I have found myself clinging to. The process of trying to live meditatively informs and illuminates my daily experience with a significance which was lacking when I limited my enquiry to the objective realm. I have benefited immensely from my practice, but it won’t help you at all, in fact you probably won’t even credit my remarks – unless you begin your own enquiry. 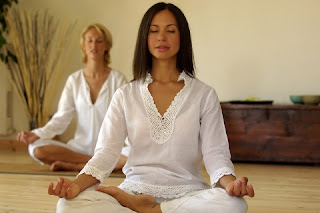 1When I call myself a mystic, people generally assume I’m selling something: either a belief-system deliberately designed to be impenetrable, or some preposterous new-age woo. This is a misunderstanding. Many useful words have been debased by those seeking power or profit, but the words mystic and mysticism are the best ones available in English, and need to be redeemed.

2For scientist you may read realist, rationalist, materialist, naturalist, physicalist, or any other philosophical flavour that takes your fancy, without affecting the essence of my meaning. Philosophical street-cred is not my primary concern.

3That this is indeed an assumption is rarely mentioned by scientists, who are also not generally concerned about philosophy. Solipsism has never had much support, but perhaps we live inside a computer simulation.

4This term is often used for specific techniques, for example Dynamic Meditation, but the meaning here intended is much more general, encompassing a way of living which is structured around a process of subjective enquiry. Mystic is to meditation as scientist is to scientific method.

5Astronomers never do any experiments either.

6Hey, I’m not knocking the placebo effect. If reflexology makes you feel better then go for it, but if you imagine it will help you become more conscious, then I fear you will be disappointed.
No comments:
Email ThisBlogThis!Share to TwitterShare to FacebookShare to Pinterest
Newer Posts Older Posts Home
Subscribe to: Posts (Atom)