Stop Sweeping that Weird Stuff under the Carpet

Strange things happen to me sometimes. And to you too, I reckon.

Whenever I have an established practice of daily meditation - watching my breath for an hour every morning, let us say - I find that the slings and arrows of outrageous fortune give me less trouble than at other times. Scientific materialists would say that my meditative practice causes neurological changes to my brain, so that my mind perceives the external reality I encounter to be less upsetting; they would deny any possibility that the world is actually changed for the better.

Another example: in my youth I experimented with psychedelics, mostly LSD. The first few times it was about 45 minutes before the drug took effect, but then I experienced a remarkable change. Typically I would make a tentative plan, with a friend or two, to drop acid together on a particular day. But if the weather was poor, or some other difficulty intervened, then we would postpone our trip to a more opportune time. So there would be a first moment at which the decision to trip was confirmed, and I would find myself already tripping at that moment, before ingesting the drug. Again the scientific materialists have a ready explanation: I was simply deluded. 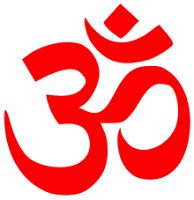 Of course, we can and should be sceptical about this weird stuff, but I find the rational accounts patently unconvincing when applied to my own experience. It seems that the subjective and objective realms can sometimes overlap and interpenetrate, especially if we dabble with meditation or psychedelics. This intriguing lead needs to be followed up: there is a crack in the wall of this dark cave we live in…
Reconciling Reality

I have written before about our everyday understanding that there are two realms of reality, and it also seems to us that two distinct kinds of event exist, so we are naïve dualists. There are outer physical events (dogs barking, Federer winning Wimbledon, an exploding supernova, etc.) which are objectively accessible to others; and then there are inner mental events (thoughts, memories, feelings, etc.) which remain subjectively personal. Superficially, both kinds of event appear capable of influencing and giving rise to other events, of either kind, but a brief examination reveals some formidable difficulties.

Inner Causes Outer - I feel good, so I call my friend

What kind of mechanism could forge a causal link between the non-physical and the physical? Would it be part physical and part mental? Then nothing has been resolved, we still need to bridge the same gap. A popular work-around assumes that mental events are “really” physical events   1 ,meaning that consciousness as such is illusory – I’m just imagining that I’m imagining that I’m imagining…

Outer Causes Inner – My friend calls, so I feel good

Some people find this easier to accept, it seems like obvious “common sense”. Well, perhaps we can establish a chain of causes as far as a specific brain-state inside this head, but we still can’t understand how my conscious experience arises. Again, the issue can be avoided by simply ignoring our own direct experience of subjectivity. This is clearly absurd: I may be entertaining any number of false notions concerning the nature of my identity – Who am I? – yet any experience at all, howsoever misinterpreted, necessitates the existence of a subject who perceives the experience. Even if  everything I thought I knew is actually wrong, I still can’t doubt the fact of my own existence.

Outer Causes Outer – The glass fell on the floor, so it broke

Surely this seems incontestable – science depends on cause and effect, right? I’ll return to this later.

Inner Causes Inner – I smelt roses, so I thought of my mum

This is difficult to characterize until we take a position on the other cases. If mental states are caused by correlated brain activity, then sequential mental states could be causally independent, resulting simply from a causal link between brain activities   2 .

Anyone who has actually looked   3 , to try and understand the origin of inner events, will find that they are never observed to be generated by any preceding event. They simply arise in consciousness, inscrutably. There’s a thought, and then another thought, and another following. Of course, successive thoughts may be related, indeed they usually appear to be, but the occurrence of any particular thought provides no definite information concerning which thought will next occur. I’m suggesting that all inner events manifest atomically, with complete independence from any and all other events, whether inner or outer. A little introspection is enough to show that don’t, in fact, choose our own thoughts.

But why stop there? My practice of meditation has encouraged me to play with the possibility that all outer events also arise atomically, in just the same way, from the same mysterious source. And whenever I find myself able to relax into this understanding, it’s wonderfully liberating. Of course, I accept responsibility for everything I “do”, and even (in my better moments) for everything that happens to me   4 ; yet I also see that I’m not really controlling the stuff and the situations I encounter in the world around me. You may be reluctant to go along with me here, so just to give you a helpful nudge I’ll mention a remarkable experiment. People in a brain-scanner were told to push a button whenever they felt like, and as often as they liked, but also to note the position of a rotating display at the moment when they were first aware of the wish or urge to act. So here's the thing: the machine operator was able to predict what their “decision” would be, seven seconds before they were aware of making it. Still think you’re doing it?

So by allowing the possibility that every event which impinges upon my consciousness is effectively independent, the difficulties with outer events being caused by inner events, or vice versa, simply evaporate. But what about cause and effect? Why am I even considering abandoning this mutually-agreed framework which so nicely accounts for the obvious connections between outer events? Aren’t I throwing the baby out with the bath-water? Actually, I’m not endorsing occasionalism, where god intervenes continuously to move every atom: I’m suggesting that a causal relationship among events, both inner and outer, does indeed exist; but beyond our field of view. I‘m very sympathetic to the ideas of David Bohm, a physicist of the first order who was also inspired by J. Krishnamurti. The events we perceive devolve from a subtle substratum of reality which Bohm terms the "Implicate Order". There is a delightful physical model which provides some clearer understanding of this process   5 .

The expression of cause and effect, then, is mediated via “hidden variables” existing off-stage. This doesn’t prevent us from constructing conceptual descriptions of reality to predict the connections among external events. Science still works perfectly, except in some particular circumstances. Quantum mechanics has already obliged us to relax the simple classical view of cause and effect to accommodate a probabilistic interpretation of the physical world – we just can’t explain why this uranium atom, rather than that one, spontaneously breaks apart. Many strange truths have been uncovered: 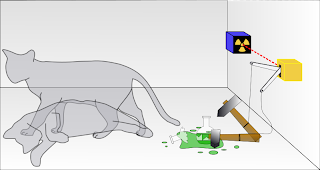 In practice, all these bizarre ideas can be ignored as irrelevant; so long as we limit ourselves to the sort of things we generally encounter in normal daily life: middle-sized, warm and slow   6 . We have evolved to operate comfortably within this familiar sector of reality, and outside of it we are utterly boggled.

In a similar fashion, I suggest that our understanding of cause and effect, while entirely sufficient for our mundane lives, needs to be further extended to deal with the kinds of experiences that come up when we are involved with any species of subjective enquiry. Whether systematically, through meditation; experimentally, through psychedelic drug use; or idiosyncratically, through those marvellous moments when we spontaneously find ourselves in harmony with nature – we are all capable of noticing the weird and wonderful connections between our inner and outer reality.

If we are satisfied to limit the scope of our enquiry, without asking the hard questions, then string theory reduces to quantum field theory, for example, and Einsteinian relativity reduces to Newtonian mechanics. Well, the really hard questions concern the nature of consciousness; and the limitations of dualism can only be escaped by integrating the study of the inner and the outer   7 . A comprehensive account of our internal and external reality therefore has to be informed by subjective investigations, as much as by objective ones. The scientist must also become a mystic, and reason must go hand-in-hand with insight, or our understanding will be half-baked, and the task will remain half-done.

So, the next time reality goes a bit wobbly on you, take the opportunity to do some research. There will never be a better moment…


1 Philosophers of  consciousness and cognitive scientists go much further than merely correlating mental states with physical events in the brain, they assert that the two are, in some vague way, identical. Among the exponents of this view, Daniel Dennett provides some of the least unconvincing arguments for his own non-existence.

3 Sorry about all the philosophical language. Describing the meditative life in scientific terms makes it sound like philosophy, but it isn’t. You really need to suck it and see. There are no shortcuts to meditation; thinking about thoughts won’t help.

4 I suspect that this all-encompassing acceptance is a necessary step, without which it’s not possible to make any useful sense of my remarks: a kind of surrender is required. I intend to return to this in a subsequent post. 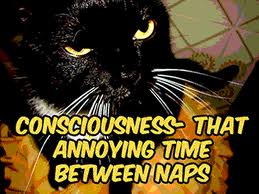 5 Imagine a large cylindrical glass container of glycerine mounted on a turntable. We place a spot of black ink in the glycerine, near the edge of the cylinder, then we slowly rotate the container, causing the ink to disperse throughout the glycerine until it has effectively disappeared. If we now slowly rotate the cylinder in the opposite direction, the spot of ink gradually re-forms; in its original position, after the same number of turns. (Yes, it really does work!) OK, now imagine placing a series of spots. We place the first as before, then rotate the cylinder until the ink has thoroughly dispersed. We place a second spot of ink just beside where the first spot was, and rotate to disperse. We place a third spot beside where the second was, and rotate to disperse. We continue this for a few more spots. When we reverse the direction of rotation we see the last spot coalesce, then disperse, then the next-to-last one appears right beside where the last spot was, and so on. This analogy implies that when we perceive a particle moving through space, we might in fact be experiencing a series of particles, distinctly and independently manifested from a deeper reality.

7 Others, who’ve passed this way before, have termed this approach advaita, meaning “the non-dual”.
Email ThisBlogThis!Share to TwitterShare to FacebookShare to Pinterest