Escaping from Virtual Reality: The Only Portal

When I say that subjective science 1  is entirely empirical, and its pursuit is functional and effective, almost all objective scientists 2  reject this out of hand. Typically, I am derided as a woo-monger and accused of bafflegab. They say that since my subjective understanding can obviously be biased, deluded, hallucinatory, etc., then the gold standard of intersubjective agreement is always required to establish the best available (provisional) explanation of reality. This glib critique ignores the fact that there is actually one aspect of my subjective experience which is utterly beyond doubt. Yes, I may be dreaming, yes, I may be suffering from some cognitive illusion or malfunction; but even if the entire content of my consciousness is false, I cannot deny that consciousness exists.

Let me take a step back: what do I mean by “consciousness”? To avoid being trapped in conceptual loops or recursions, start with an experiential definition: “Consciousness is the reality which is hearing these words right now.” (Following Francis Lucille.) This consciousness certainly exists, and yet the way in which it is known to exist is quite unlike the way I know that the computer I’m typing on exists, in fact I cannot readily explain the source of the certainty 3 , but nor can I doubt it. Moreover, since my only access to objective reality depends upon this subjective perception, it makes no sense to insist that the former is somehow more real or certain than the latter. 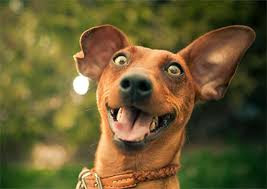 To reiterate: subjective science is entirely empirical, and its pursuit is functional and effective. Unlikely as it may seem, to those who haven’t taken the trouble to investigate, the self-evident proposition that consciousness exists is a portal to remarkable discoveries: nothing else is needed. It is conventional to assume that consciousness is localized, limited and personal, but if you conduct a sustained investigation of the available evidence for these assumptions you won't ultimately find any. You will, however, experience a surprising reappraisal of your own identity. When you do it for and by yourself, simply and directly, though empirical observation, an unsuspected gap between your mind and consciousness is revealed.


1 The term "introspection" is too narrow: reflective thinking is not enough.

2 “Real” scientists, as they so ironically imagine.

3 The question "How do I know that I am conscious?" is a very helpful lead to follow up on.